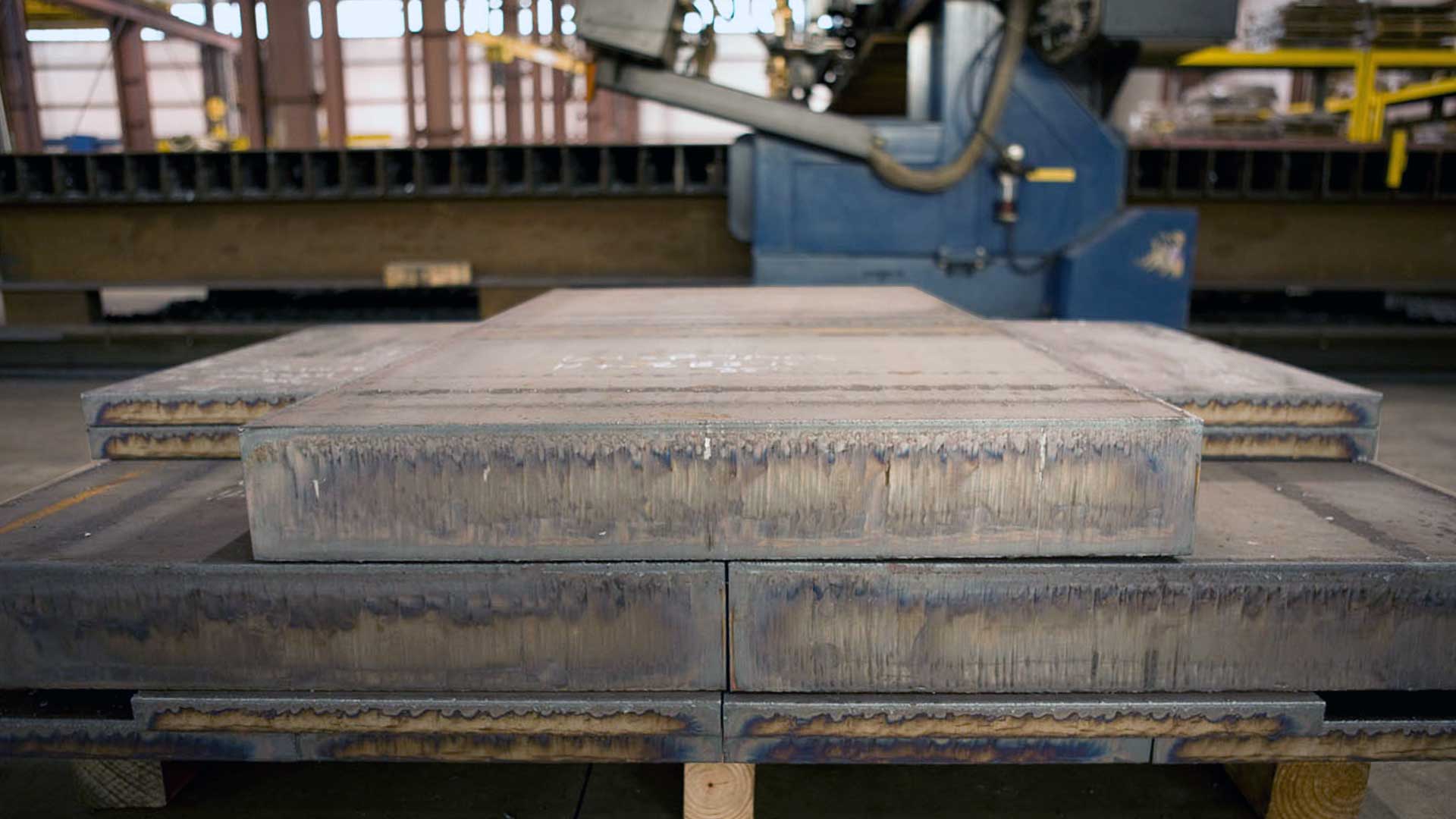 In construction and fabrication, the grade and composition of the steel plate materials used make a huge impact on the final product. Abrasion resistant steel plate is a common steel plate that boasts a harder, tougher quality that lasts about four times longer than ordinary high-strength structural steel plate.

But what makes it tougher, and how do you know when your project requires abrasion resistant steel?

We get this question a lot, so here is the run-down on abrasion resistant steel plate, as well as the differences between hardness levels AR400, AR450, AR500 and beyond.

What is Abrasion Resistant Steel Plate?

Abrasion resistant (AR) steel plate is a high-carbon alloy steel plate. This means that AR is harder due to the addition of carbon, and formable and weather resistant due to added alloys.

Carbon added during the formation of the steel plate substantially increases toughness and hardness, but reduces strength. Therefore, AR plate is used in situations where abrasions and wear and tear are the main causes of failure. AR plate is not ideal for structural construction uses like support beams in bridges or buildings.

AR material is produced by quenching and tempering forged steel blocks, or ingots. During this process, the grain structure is changed to increase toughness and encourage formability (or, to be less brittle), and results in through-hardening of the material.

Quenching and tempering (Q&T) is a two-part process:

Quenching occurs when steel brought to a high temperature – usually between 1,500-1,650-degrees Fahrenheit – is rapidly cooled with water. This process causes crystal structures to form within the steel, increasing hardness.

Tempering is the process of re-heating quenched steel to a below-critical temperature (around 300-700-degrees Fahrenheit), and then allowing the plate to cool in normal air temperatures.

What’s With the F?

Many times, abrasion resistant steel is labeled "AR400F" and "AR450F" (and sometimes "AR500F"). Today, AR material with or without the "F" are interchangeable, but – historically – material with an "F" simply meant that it was "formable" and could be bent to a certain degree without cracking.

When mills produced both formable and non-formable steel plate, formable was slightly more expensive. However, diminished demand and more competitive pricing has resulted in the production of formable-only AR steel. 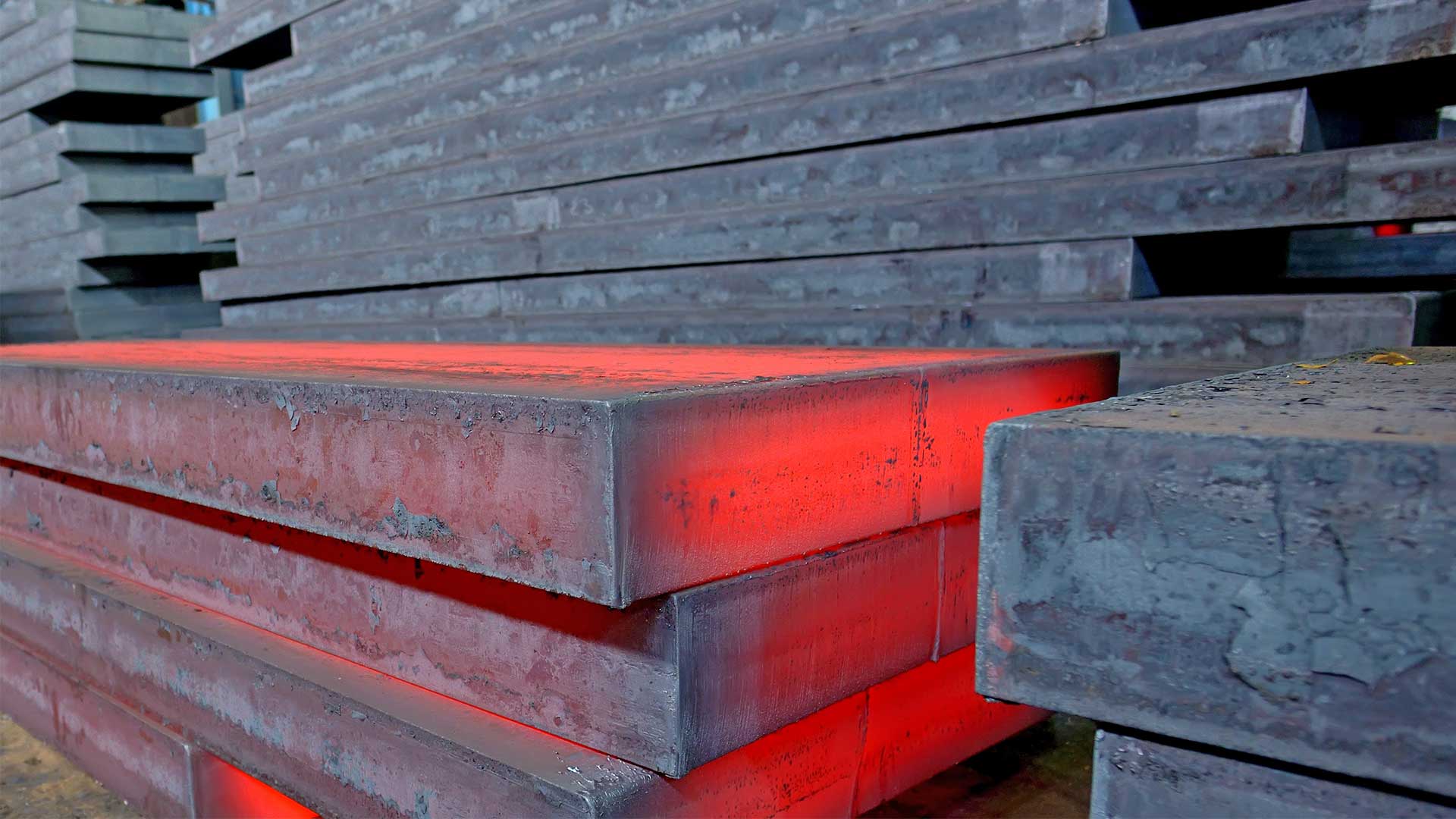 AR steel is often described as being through-hardened, but what does that really mean?

When grain structure changes during the initial heating stage of Q&T, the composition of the entire plate changes. This is referred to as through-hardening. Through-hardening differs from "case-hardening," also referred to as "surface-hardening," which only hardens the surface while allowing the metal deeper underneath to remain soft. In this case, the composition, or hardening, of the plate only changes at the surface level.

Before we dive into the difference between these common types of AR steel, it is important to clarify that AR steels are not governed by a specific chemistry, but a level of hardness.

Different mills may have different “recipes” for AR steel, but produced material is administered a hardness test – known as the Brinell Test – to determine the category in which it falls.

The technical difference between AR400, AR450 and AR500 is the Brinell Hardness Number (BHN), which indicates the material’s level of hardness:

So, what does this mean in terms of usability? How do you know which level of hardness your project needs?

Projects that require AR materials are typically those that need a specific balance between hardness and brittleness. As you increase hardness, you also increase brittleness, making the material difficult to form, shape and weld. For some projects, hardness is critical, so brittleness is sacrificed. But in other cases, the material must be formed and handled, so the level of hardness must be reduced.

As a general rule, AR400 and AR450 are the “sweet spots” in terms of good hardness combined with good formability. For projects that truly beat up the material, AR500 and AR600 will last longer and need to be replaced less frequently.

Ultimately, you and your team will be the best judge of which material your project needs. Cost, of course, comes into play, as sometimes it’s worth having a formable material that needs to be replaced more often.

Once your team determines the correct material needed for a project, Leeco® Steel's expert team can help you source what you need when you need it. Our company specializes exclusively in selling larger quantities of steel plate, so contact us, request a quote or learn more today.