The steel industry has made great strides in the last decade to attract a more diverse workforce, particularly in recruiting and developing women in a traditionally male-dominated environment.

Leeco Steel, a long-time active member of multiple local chapters of the Association of Women in the Metal Industries (AWMI), prides itself on its talented team, where women play a vital role in the company’s success and are leaders within their departments.

“Leeco makes great efforts to develop women throughout our organization, and our efforts have led to many women becoming leaders of their department or team,” said Mary Latronica, Human Resources Manager. 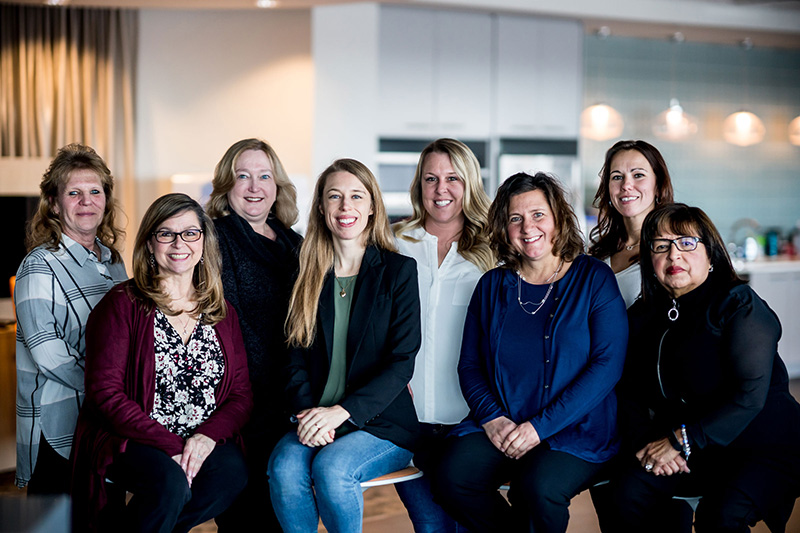 Many departments headed by women have managers and supervisors who came into their roles as a result of further training and professional development.

Jill Laumann, Plant Supervisor of Leeco’s Oshkosh facility, grew into her role as department head over time. Starting in shipping and receiving on a small, newly formed team in Oshkosh, WI in 2006, Jill took on whatever responsibilities came her way, learning more about Leeco warehouse operations.

Business in Oshkosh grew, and so did the Oshkosh warehouse team. Jill was promoted to Plant Supervisor in 2013 and now oversees the entire operations of the facility, from training new team members to maintaining a safe working environment. 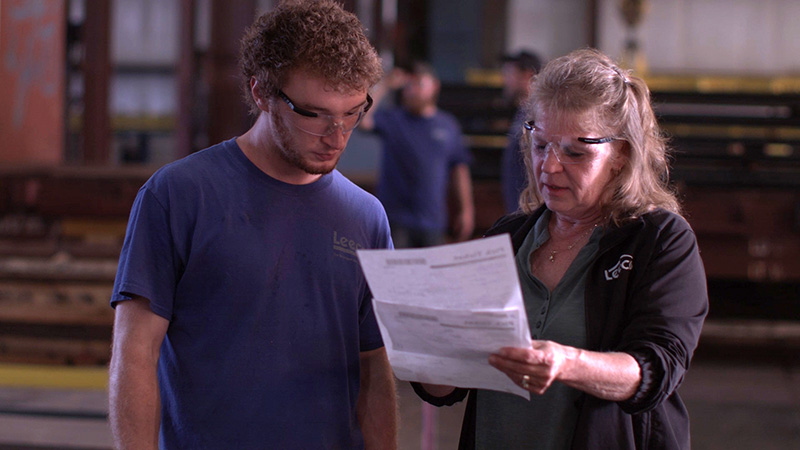 “My entire working career has focused on one aspect or another in manufacturing,” said Jill. “Leeco’s supportive, family-like atmosphere gave me the opportunity to learn more about warehouse operations and become a leader within my field.”

Being involved during periods of rapid growth and change also created growth opportunities for Mary Latronica, who joined Leeco in 2008 as a part-time Human Resources Manager. At the time, Leeco only had around 70 employees, and the Accounting Department handled all aspects of payroll.

Leeco Steel was experiencing rapid growth at the time, and human resources needed a leader to ensure the hiring process went smoothly. Mary stepped up to the challenge by moving into a full-time role, taking on payroll management and adding additional human resources staff. Today, Leeco has more than 160 employees, and Mary’s team played a vital role in that growth. 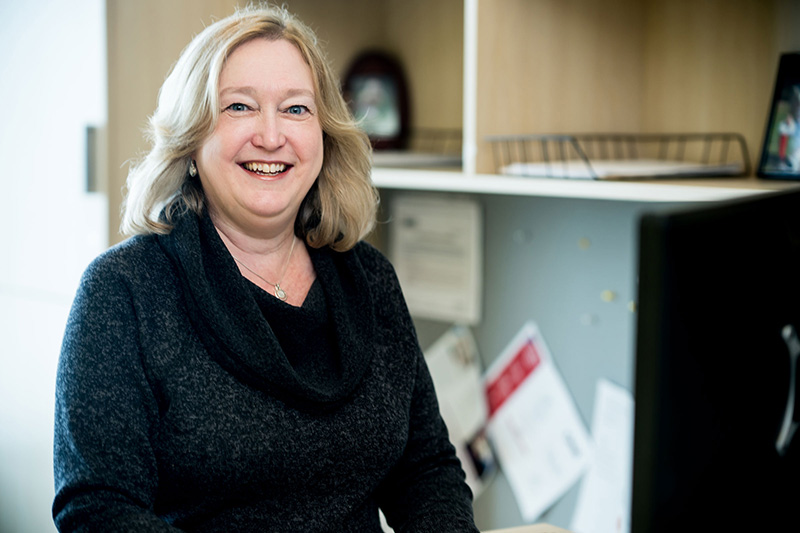 “As the Leeco team expanded, human resources played a key role in recruiting and hiring new talent,” said Mary. “As Human Resources Manager during this growth period, I was able to take on more responsibilities and grow as a department leader.”

Many Leeco employees take continuing education or technical training to advance and grow into leadership roles. Such was the case for Jeanmarie Luedtke, who started as a temporary, part-time file clerk in 2010 and is now Leeco’s Credit Supervisor. Shortly after joining Leeco part-time, Jeanmarie was promoted to a full-time role on the credit team in 2011.

With Leeco’s full support and encouragement, Jeanmarie became a member of NACM Connect and took technical training courses upon her promotion to Credit Supervisor in 2015. Jeanmarie earned a Credit Business Associate and certifications in Commercial Bankruptcy Credit Special and Business Credit Principles in 2016 from the National Association of Credit Management. This technical training helped Jeanmarie grow as a leader, and she was later encouraged to earn her Credit Business Fellow designation, which she received in 2017.

Jeanmarie was also encouraged by Leeco to join industry-related organizations – such as AWMI and the Metals Service Center Institute – to learn more about the steel industry. She is now an active member of both organizations and was honored with the AWMI Chicago Chapter’s Volunteer of the Year Award in 2014 and 2019. 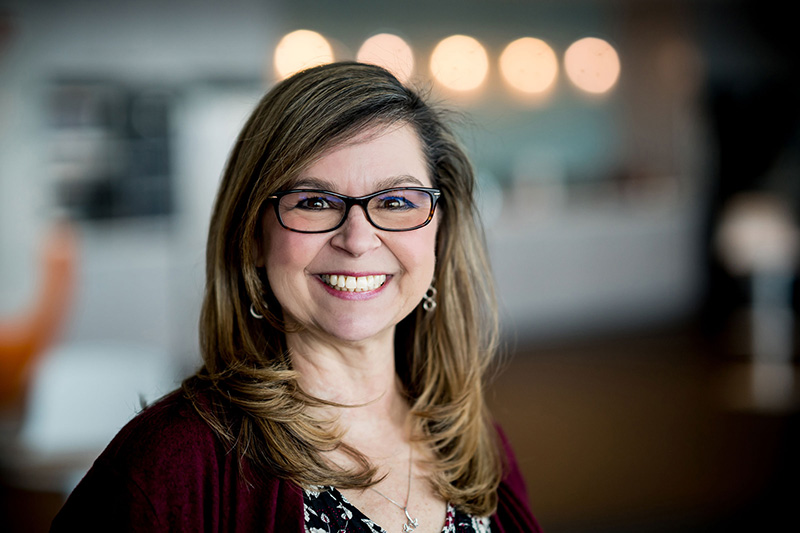 “Leeco’s encouragement to join professional organizations and take additional training courses helped me grow into a leadership role on the credit team and learn more about our industry,” said Jeanmarie. “Leeco is truly a supportive, team-oriented environment.”

While some employees advance within their departments, others – like Erica Peters – develop skills that lead them to another. Starting as a member of Leeco’s Oshkosh, WI sales associate team in 2007, Erica discovered her interest and talent in sales. As Oshkosh’s customer base grew, the need for another sales representative arose. Erica was a natural fit and was made Sales Representative in 2013.

Erica built strong relationships with each of her customers as a Sales Representative and grew into a leadership role within the office, becoming an Account Manager in 2020. Erica’s knowledge, organization and ability to form strong relationships with customers was nurtured during her time as a Sales Associate and makes her a strong Account Manager. 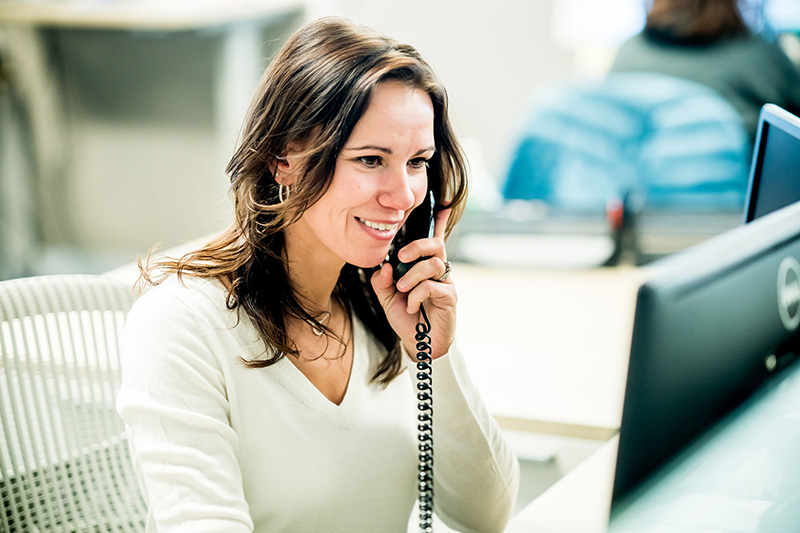 “Everyone I work with at Leeco – from my coworkers to my customers – helped me become a leader within the Oshkosh sales team,” said Erica. “Since joining Leeco, I’ve always enjoyed seeing where our products ended up. I started off entering orders, but now, I have the opportunity to directly provide businesses with a needed commodity.”

While many women who head departments were developed into leaders, some were hired by Leeco to fill manager or supervisor roles. Attractive benefits and a supportive, caring work environment are crucial in attracting diverse talent, and Leeco Steel works hard to make sure the company is a place in which all its employees can grow as leaders.

“At Leeco, we strive to make sure our employees have the best benefits, accurate pay and resources available to have a great work-life balance,” said Mary. “Each of these factors are important in recruiting and hiring women leaders who can develop and thrive within our company.”

Some of Leeco’s department managers or supervisors were recruited to fill a leadership role on a crucial team. Julie Mraz, recruited and hired as a Controller in 2014, was originally hired to oversee Accounts Payable and prepare monthly financial statements. However, as Leeco grew, Julie’s role quickly grew to include more divisions and departments.

With the support and encouragement of her supervisor, Julie started overseeing the Billing and Certs Departments in addition to Accounts Payable. Julie also stepped in to help Leeco’s growing Trading division with their billing and accounting needs. 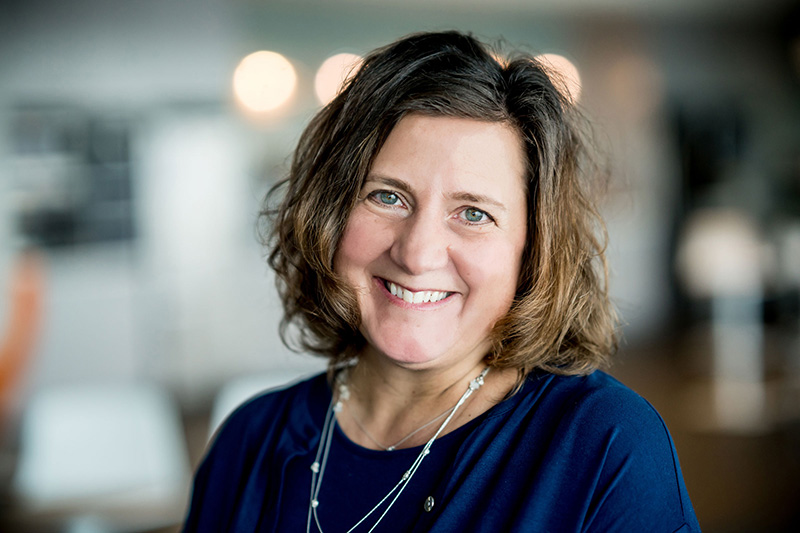 “My boss’ support and encouragement helped me grow as a leader in the Accounting Department,” said Julie. “He helped me transition into supervising Leeco’s Certs and Billings teams and taking on more responsibilities within our trading division. I have the best boss ever!”

Another woman hired to fill a leadership role in a key department was Amy Benes, who joined the Leeco team as Marketing Manager in 2018. Amy plays an important role in creating, executing and evaluating strategies to grow Leeco’s brand portfolio within the steel industry, improve customer experiences and strengthen internal communication.

With the Leeco’s brand and customer base growing across North America, Amy’s role quickly evolved to include higher-level strategic projects related to technology. Amy led the implementation of a new customer relationship management (CRM) system, project managed the rebuilding of Leeco’s website and implemented a new marketing automation software. Each of these technologies will enable Leeco to better serve its customers as the organization grows. 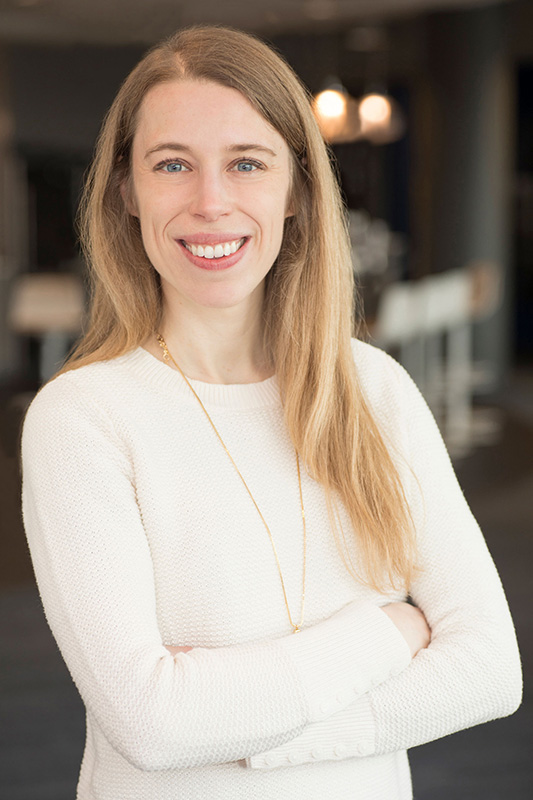 “I love that there are few barriers to the execution of a good idea here,” said Amy. “No one is too important to listen to a new idea, and no one is too unimportant to have one. I am excited to implement ideas that will further improve how Leeco serves its customers in 2020 and beyond.”

While some managers were added to head key departments, others – like Lacey Jackson – were hired to keep up with organizational growth. As Leeco expanded its distribution capabilities across North America, Leeco needed a leader to manage the logistics needs of each facility and keep Leeco’s supply chain running efficiently. Leeco hired Lacey Jackson as a Logistics Manger in 2017 to fill this role and oversee the logistics of Leeco’s U.S. and Canadian facilities.

Only a couple of years after Lacey joined the team, Leeco opened a new distribution center in the Atlanta, GA area and moved to a larger Hamilton, ON facility. As Logistics Manager, Lacey played a crucial role in finding carriers to service the locations and training new warehouse team members on how to use Leeco’s freight tools. By working alongside many members of the operations team, from executive to shipping coordinator, Lacey helped make the opening of these facilities successful. 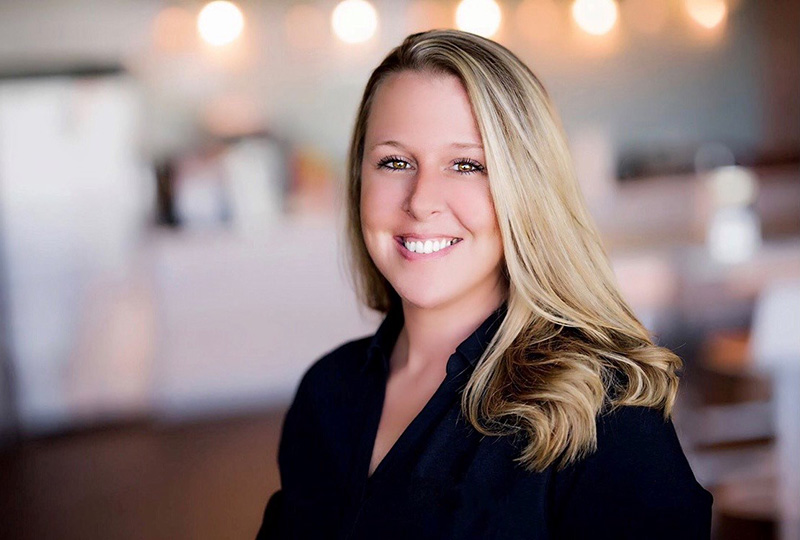 “Everyone on the operations team was a piece of the puzzle in opening our new facilities,” said Lacey. “At Leeco, no one person is above the other, and I enjoy working in such a team-oriented environment.”

A Team Driven by Women

Women span across multiple departments and teams at Leeco, but one team is comprised entirely of women: Leeco’s sales associates. These women are vital in processing and monitoring orders, and their sales support keeps Leeco’s sales team running efficiently. Many sales associates are also involved in their local AWMI chapters, where they regularly attend events and meetings.

When Sylvia started working at Leeco’s small office on Chicago’s West Side, she performed various administrative tasks – such as picking up mail from the post office – and created and filed order invoices. Now Sylvia manages Leeco’s main phone line, assists Leeco’s Mexico sales team and is the de facto cheerleader for the entire Leeco team. 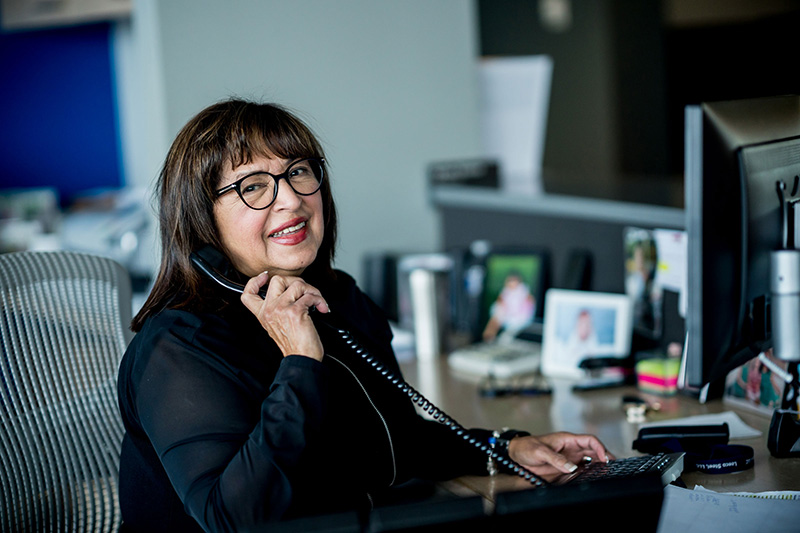 “Leeco is my home away from home,” said Sylvia. “My coworkers are like my second family, and we are always there for each other.”

Whether they joined Leeco decades ago or five years ago, each of these women play a crucial role in the company’s growth and success. Without developing and supporting this group of leaders, Leeco would not be where it is today.

“Giving all employees the opportunity to grow into a leadership position is important,” said Denton Nordhues, CEO and President. “Each and every member of the Leeco team plays an important role in the success of the company. Without our remarkable team, Leeco would not be where we are today."